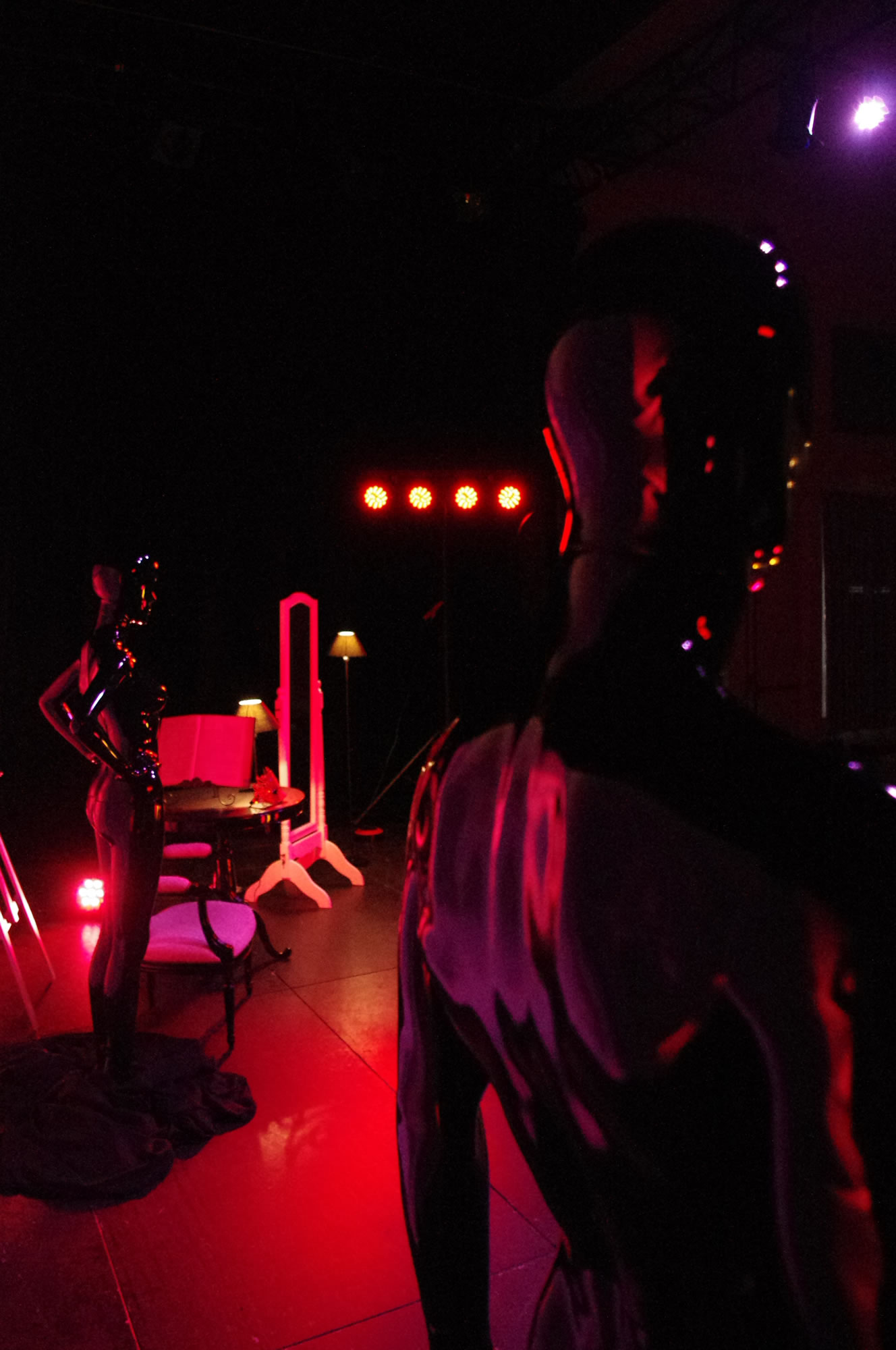 The spectacle is a mix of genres: one man show, musical comedy, concert. It has been thought right from the start to be performed in different ways : 100% concert to 100% theater play, passing through the intermediate variants. That choice will be made with the programer. The spectacle can last from 30 minutes until 2 hours and it has been thought in a way that every performance can be different, playing with the story, the songs, the characters. A delighted spectator will thus be happy to come back again and again, to discover in detail all the aspects of the universe of Paris Obscur.

Paris Obscur's unusual voice plays an essential role in the atypical character of the artist's universe : Deep bass with rich harmonics, sometimes soft and langorous, sometimes rough, arriving to the top on the aerial parts or guttural diaphonic, even triphonic when it comes to express anger and violence.

The music played in the spectacle is totally composed by Paris Obscur. During the performance all the vocals are performed live by Paris Obscur. He embraces all music styles that best serve the emotions he wants to convey : chanson, jazz, classical, rock, metal... with sometimes striking contrasting melodies and in any case, a rise in intensity.

The Piece of Theater

Paris Obscur performs all the story characters using costumes, masks, videos or in interaction with the mannequins on the stage. The artist also designs the scenography, which can change from one show to another. An important place is given to improvisation in order to bring presence and richness to the spectacle.

The design and scenography are the result of a great care : the background in the stage, the furniture lacquered in black, a Louis XVI armchair, a lectern, the video effects, the chinese shadows, the wheel of life, the mirror... are all intriguing elements that contribute to the richness of the show. All the design is adaptable in width and height to the dimensions of any place.

The Lights and Sound

We have our own sets of lights we use in addition to or in replacement of the existing lighting. We also have a sound system adapted to small venues.

We can promote the show on internet and social networks. We can also create / print / distribute flyers and posters or manage press relations. These are optional services to be discussed with the programmer.

In a few words

A unique experience for spectators